07956 612 190 | info@nikkialdersoncoaching.com
Skip to content
Home » Inspiring Leadership: What kind of leader in law are you? 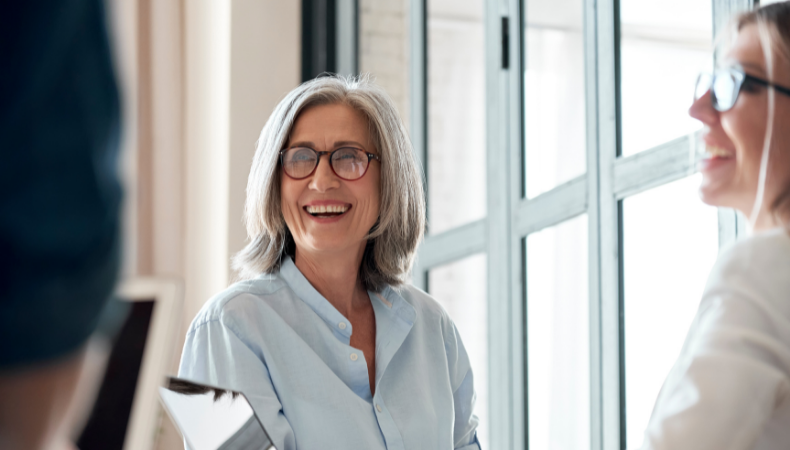 A 4 minute read on mentoring and inspirational leaders and the ways in which leaders can influence the careers of those in more junior positions.

As a Leader in waiting, there’s a lot to be said for “acting up” – performing a role beyond your current “paygrade” to provide invaluable insights to the less experienced who seek guidance and inspiration to navigate their own career paths in law.

This can be done in a number of ways – whether by entering into a formal, personal hands-on mentoring relationship or leading from afar – leading by example and inspiring the younger generations simply in the way you show up, behave and communicate.

Either way, if you are senior, it is imperative as an effective leader that you give encouragement to those more junior to yourself. Make them believe what may seem impossible is in fact achievable. In order to decide how best to do that, you may wish to consider mentorship or inspiring people even more by how you currently show up as a leader.

Stepping into a training/ supervisory type of role like this isn’t entirely altruistic. Time and again I’ve observed that the relationship becomes a two-way street. Mentors/ Supervisors stand to gain huge benefits from the arrangement themselves, by cementing knowledge, promoting their own learning, and offering the perfect opportunity to demonstrate to others their “promotion-readiness”, or equivalent.

Becoming a mentor for more junior tenants or a supervisor for pupil barristers is an opportunity to cement yourself as a key person of influence or leadership, an expert, somebody who really does know their professional onions.

The Mechanics of Mentorship

Albeit I’ve written before about some of the pitfalls of mentorship compared to coaching, when it’s done properly, what an amazingly positive, supportive experience mentorship can be for both parties.

This informal, voluntary, occasionally ad hoc, relationship between two people of vastly different experience in the same professional area, is an opportunity for Mentee (junior) to learn and benefit from the Mentor’s (more senior) previous experience. Based on such a hierarchy of experience, the Mentee uses the Mentor as a guide or sounding board, possible role model too, to demonstrate what worked for them, what didn’t, and how to avoid similar pitfalls in future. By its very nature, it is directive, based on the assumption that the Mentor has all the answers in any given scenario and can therefore provide solutions to assist their Mentee achieve their career aspirations.

Another effective, albeit more hands-off, method of raising your profile to the position of Leader in Law is to think how you can inspire others and bring them with you.

We’ve seen countless female role models in law who’ve achieved almost “celebrity” status of late: Brenda Hale; Ruth Bader-Ginsberg; Cherie Blair, Helena Kennedy to name but a few. These are the trail blazers, the rain makers, the glass-ceiling smashers, all of whom have had their own part to play in our collective legal history. These are the women many aspire to be, the embodiment of legal excellence, the epitome of what it takes to climb to the very heady heights of success in law.

And there are also the less celebrated, the less well known, and those still showing others what is possible, bridging the gap between what IS achievable as opposed to what may seem to many as simply aspirational: for example, the sole-practitioners breaking new ground in their own firms, challenging the traditional billable hours culture by not only championing the hybrid model but also by implementing, and demonstrating the success of, flexible working hours.

In what I must admit was an entirely unscientific albeit useful poll, I asked my Linkedin Network to comment on the great qualities needed to be a role model or mentor in law. What was interesting was that there was no support for the idea that an inspiring role model was someone who operated at arms’ length. 36% thought those they could relate to were the best kind of role models, whilst 64% thought that those actively helping others to achieve were most aspirational. Seems from this at least then, that practical, even if not always relatable, figures offer the most preferred and useful leadership qualities to influence and inspire others.

The Power of Role Models to Influence Leadership Aspirations

However they manifest themselves, the power of role models to influence positive behaviour in others cannot be underestimated. It’s common practice in my coaching sessions to invite clients considering leadership positions to think of a role model with whom she identifies in order to help identify signs of a good leader. Armed with a top 5, and collating their common skills and attributes, a client can then better emulate and develop similar characteristics for themselves, thereby strengthening their own path to leadership positions further down the track.

Which Leader in Law are you?

Have you ever thought about how it is you show up? Or considered having or being either a mentor or role model? Which one are you? Which do you want to be?

If you are serious about your Leadership goals in law, then as part of your action plan to achieve that, I strongly encourage you to give those questions some thought. Once you have decided, work on what you can do to dial up on those skills to get you – and others – to where you want to be.